I think it’s safe to say, that most developers have lots of ideas, be it for a side-project, a breakable toy or an aspect of your projects at work.

And then there are lots of reasons for not working on those ideas. The reasons range from “it’s a very silly idea” via “it’s not important enough” and “I don’t know where to start” to “I can’t find the time”.

The DevOps Frankfurt Meetup group helps you get rid of the last two reasons in it’s next meetup on September 18th, which is hosted at the vaamo office in Frankfurt. 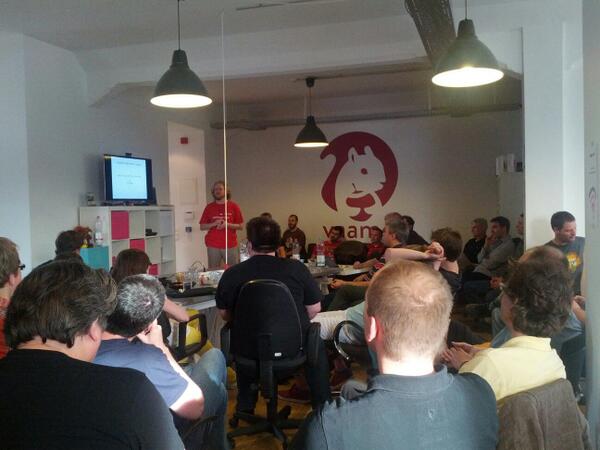 An impression of a previous DevOps Frankfurt Meetup by @coderbyheart

The meetup is run as a Hack Night where everyone is invited to work on a project of their choosing. You can work on your favorite open source project, on your personal project or your company’s product. Doesn’t matter what it is as long as you are willing to show it to others and would like to work with a group of people instead of alone at home or your office.
Join the meetup!

You’re reading CodeCraft; an online publication about Technology and Software Craftmanship by @VaamoTech.

Want to work with us? Check out current job opening at Moneyfarm